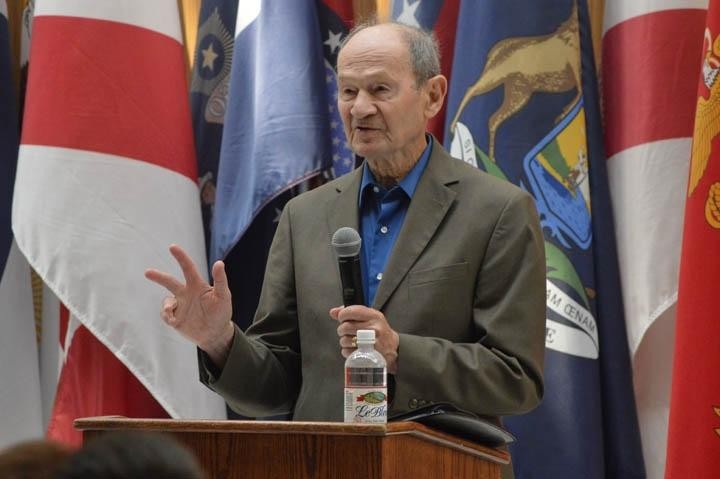 The title of his presentation is On Being an Inmate in Nazi Work and Death Camps: Resettlement, Imprisonment, Survival, Liberation, and Life after the Nazis. There will be time reserved for a Q + A period.

Dr. Zev Harel is a survivor of Auschwitz, Mauthausen and Ebensee concentration camps. He was liberated by the U.S. Army's 3rd Cavalry at the age of 15.  During his recovery at the Bergen Belsen Displaced Persons Camp, he assisted with the illegal immigration activities (Bricha) of the Palestine Jewish Brigade and facilitated displaced Jewish Holocaust survivors to get into Palestine.

Though the United Nations approved the official establishment of Israel in 1948, a war between Israel and six Arab nations began on May 14, 1948.  Dr. Harel fought in Israel's War of Independence and in the 1956 Sinai Campaign against Egypt.  He served in the military reserves as an officer with Israel's 9th Brigade Recognizance Unit until 1965.

Dr. Harel studied for and earned a high school degree in Israel. He is a graduate of the Hebrew University in Jerusalem, Israel, and received graduate degrees from the University of Michigan (his MSW), and Washington University in St. Louis, Missouri (his PhD).  He is Professor Emeritus of the School of Social Work at Cleveland State University in Cleveland, Ohio.

Dr. Harel is married to Bernice Harel and together they retired to Greensboro where their younger daughter resides.