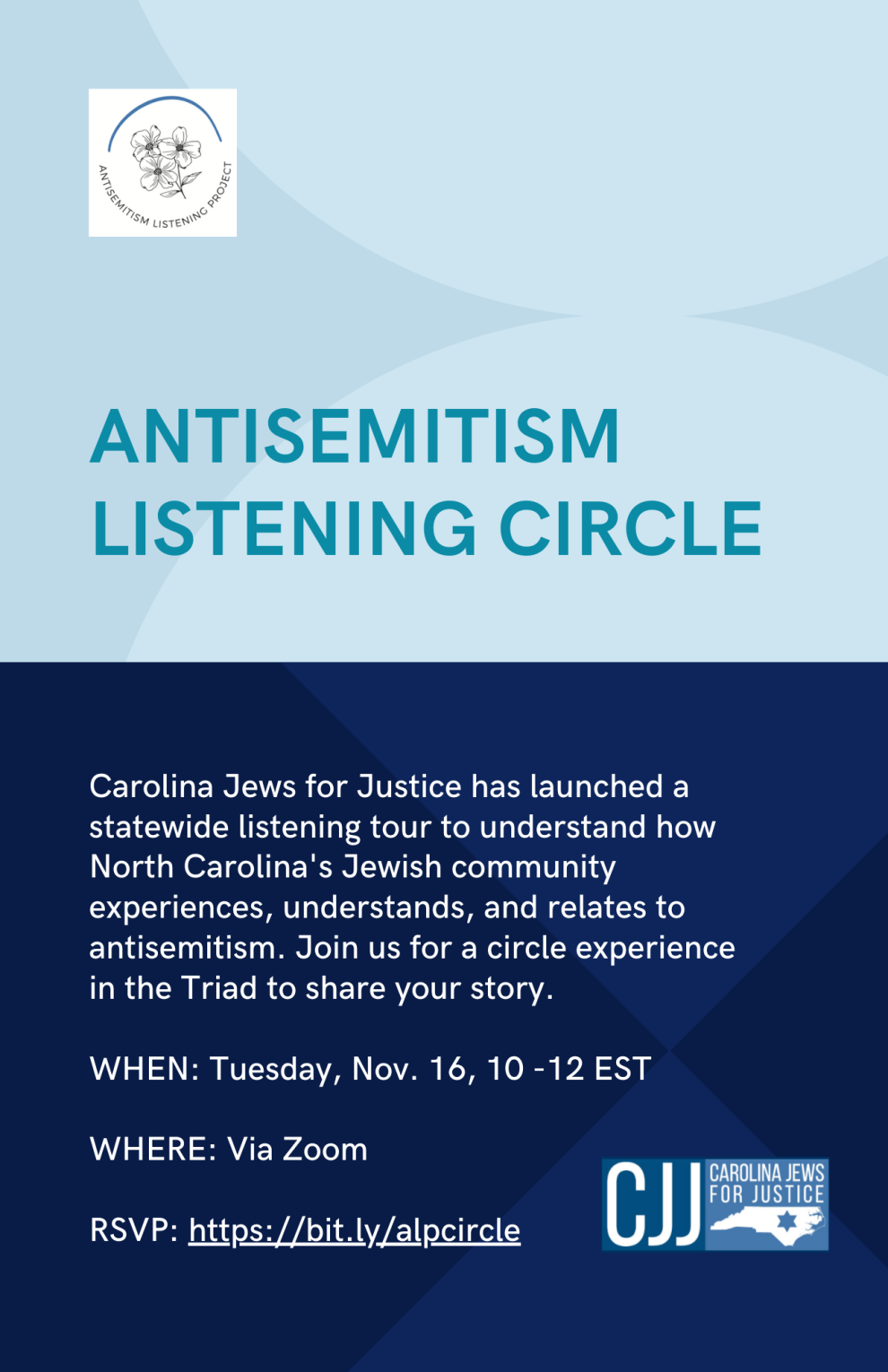 This is our fourth and final antisemitism listening circle in the Triad in 2021. It is part of Carolina Jews for Justice’s statewide listening tour to understand how North Carolina’s Jewish community experiences, understands, and relates to antisemitism. The circle consists of a small-group experience in which participants share their stories with each other. Sam Cone and Anne Parsons will facilitate the circle experience.

ABOUT THE ANTISEMITISM LISTENING PROJECT

The project aims to provide space for connection and healing, while also helping our communities locate their stake in the overall fight for justice and liberation for all people.

Antisemitism - and the closely intertwined forces of racism and white nationalism - simply lands differently on Jewish communities in the South because of the relative isolation and diffuseness of Jewish communities here, as well as the significant influence of the surrounding Christian hegemonic culture. Jewish communal conversation about and analysis of antisemitism generally assumes a cultural milieu that does not account for the realities of progressive organizing in the South. CJJ is the only Jewish organization that consistently shows up as an ally to Black and POC-led coalitions and organizations in North Carolina, and so the conversation about antisemitism, racism, and white supremacy is a much-needed one.

In 2020 we saw the election of several North Carolina politicians who use antisemitism as fuel for the machinery of hatred and fear to divide progressive communities; those elections have underscored the urgency for these conversations. It is essential that Jews in North Carolina clarify our stake in the fight and learn how to effectively fight antisemitism, racism, and white supremacy.