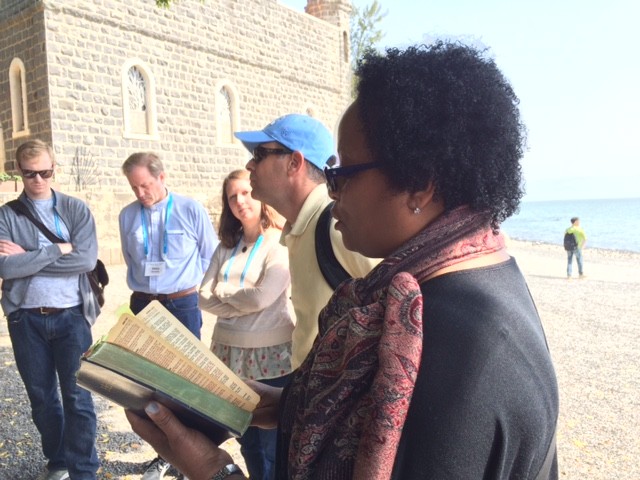 Shabbat was a day of rest for some of us as we walked to an egalitarian minyan with great davening which lifted our souls - in fact I am still singing the niggunim in my head!

We had a light lunch in the courtyard and were joined for a few minutes by an Orthodox couple who had made Aliyah from London some 30 years earlier - whose original last name had been changed from Havivi (Sephardic name from Turkey) to Lieberman (Ashkenazi name) so their children could secure better positions. And the husband was Avraham and his brother Eli! (Same names as Rabbi Eli and his brother Avi!) Avi is in Jerusalem on a visit and met us at Shul and later joined us in the evening.

My dear friend Granit Almog Baraket who heads the Mandel Foundation Graduate unit came to spend some hours visiting. She had come from volunteering at Hadassah Hospital. We had wonderful conversations about the secular-religious divide, education, army, the current state of politics and friendship. It was a wonderful way to spend Shabbat afternoon.

Most of the group went to the Mount of Olives and the Garden of Gesthemene and in the afternoon to Bethlehem and the beautiful Garden Tomb.

I shared dinner at the newly renovated train station (arranged by Amanda Fonorow) with Joyce Shuman and Dorothy Shea, the Deputy Consul General at the Jerusalem Consulate. We were joined by Effi and Rachel Bazia, our close friends from Greensboro who had returned to Modiin. Interesting conversations. As Effi said: "if she (the Deputy) answered our questions directly, she might have had to kill us"!!!