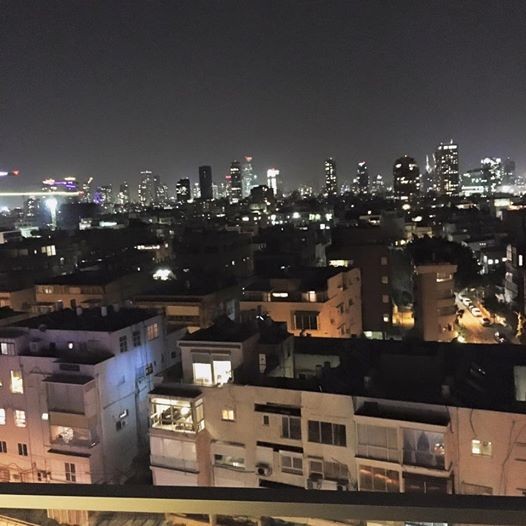 Forgot to mention a few things from yesterday like breakfast with Rebecca Caspi, director of the JFNA Israel office and with Grace Rodnitski, Director of Development for the Ethiopian National Project. We also had a wonderful evening at an Israeli night club with entertainment and dancing - what fun!!

On Wednesday, Bennie Vine and I met with Virginia Syvan of Kenes Tours and with Ronit Dotan who heads up the JFNA Israel missions department. Bennie is hoping to promote a trip to Israel for an international cooperative of blueberry growers.

After our final Israeli breakfast ( my favorite meal!), we visited the sheltered workshop for the elderly known as Yad l'Kashish. It gives dignity, a hot meal and a daily place to work for 280 elderly. They create the most beautiful meaningful gifts which we gladly purchased in our last hour in Jerusalem.

Nancy Brenner shared her stepmother's courageous story of survival during the war. Despite the frightening, maddening world around her, felt lucky to meet people who paved her path to life.

We drove to Tel Aviv to visit the children and hear Eli Nechama, the Principal, share the story of this amazing school. A video about the school won an academy award! With a theme of "we are all life's children", the school educates close to 1200 K-12th grade refugee and migrant workers' children from 48 countries. Less than half hold Israeli ID's and their future is not known. Eli's philosophy is that each child should be the best they can be and he does that by opening their horizons for anything that might happen in the future. The school, open from 7:30 a.m. -10:00 p.m., becomes their home. Especially challenging because of their lack of language and reading skills, the children's scores and retention rates have zoomed high beyond expectations. "It is the most optimistic place on earth".

Eli's "revenge" for his own poor educational experiences was to become principal at this school. Every decision made is from the heart and the stomach!

A recorder chorus of children played Mary had a Little Lamb and an older class sang Shir Hashalom, the song of peace sung by Yitzchak Rabin at the peace rally at which he was murdered. We had come full circle from the week earlier when we visited the Rabin Center.

Issy (Israeli) Hertzog, our amazing tour guide, with tears in his eyes said to me: "it is only on your missions that I cry."

Our final stop of the day was in south Jaffa, at the Peres Center for peace located right on the glorious Mediterranean. We met there with Ed Frank, an American who made aliyah who began Axis Innovation, bringing together innovative start-ups and potential international investment partners. Ed's pride was contagious when he shared that 25 of the world's biggest companies are looking at investing in Israeli start-ups. These start-ups either clone other ideas and make them better, solve a problem or change the world. "Israel is a farm team for the world. Chutzpah is Israel's secret ingredient!" In their research, the reason for Israeli sucres includes army service, co-worker relationships, Israel is a small physical space with a mix of cultures and high density start-ups in that space. Eighteen Israeli companies are listed on the NY stock exchange! We met with several start-up founders and heard their stories.

We said farewell to the Sea, heading to dinner in downtown Tel Aviv, said hello to Zmira Sabbah who had just arrived, and then headed to the airport.

Day is done. What a fabulous journey! Just landed at RDU!!