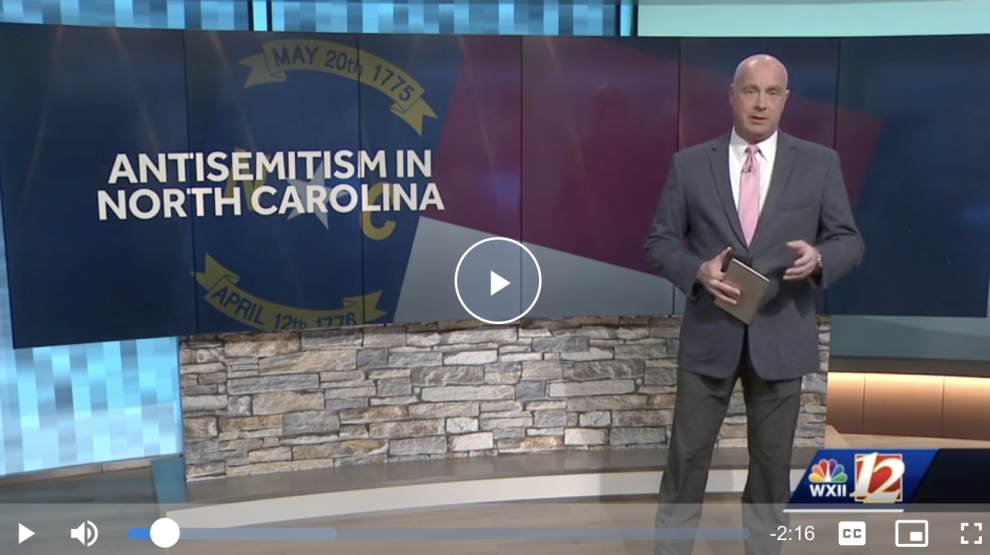 From WXII-12's Joshua Davis
December 21, 2022
VIEW THE VIDEO OF THE FULL INTERVIEW HERE


The Rabbi of Temple Emanuel in Greensboro says resilience is a part of the Jewish experience, and hope is what allows people to keep going.

"When we light our Hanukkah candles, we do it to bring more light to the world," said Rabbi Andy Koren. "But we also remember that message of freedom."

The FBI hate crimes report was released last week. However the organization has admitted to the report is incomplete. It undercounts bigotry based attacks on Black, Jewish, Asian, and LGTBQ communities.

The reason for the undercount is believed to be the FBI's newly implemented procedure for police departments to report crimes with the national incident-based reporting system, or NIBRS, and many departments haven't yet started reporting to the program.

"I just need to remind those in our area that it was just a year ago that there were antisemitic leaflets that were distributed on driveways here in the Greensboro area," he said.

"You're amplifying the message of antisemitism," he said. "And that's what, you know, people that hate... that's what they want. They want their message to be amplified."

Sneiderman says Jewish communities in the Triad aren't alone; they're supported by the people around them.

"When you have connections, then antisemitism and racism and these types of things just don't arise," he said. "Because you feel a connection to the people around you."

Koren says in light of recent events, he's reached out to other faith-based organizations in Greensboro. He says Temple Emanuel has received encouragement that they'll stand together against antisemitism.

Koren says a great way to be an ally is if you see something, to say something. He also says Temple Emanuel is grateful and thankful for so many people in Greensboro standing with them against hate.

Have you experienced or observed an incident of antisemitism, extremism, bias, bigotry or hate? To report an incident, contact Rabbi Eliezer Sneiderman, Director of Jewish Community Relations (336) 852-5433 x244 at esneiderman@shalomgreensboro.org.
More information about how Greensboro Jewish Federation's JCRC has partnered with ADL to track and monitor incidents of antisemitism can be found on the JCRC page of shalomgreensboro.org